How to Capture DV Tapes via USB

This is part of a larger article on how to capture DV video on a Windows computer that does not have a Firewire (IEEE 1394) port. We recommend that you start reading from the beginning of the main article.

Most modern-day computers do not have a Firewire port, so they can not be connected directly to the Firewire port on a DV camera. But most computers do have a USB-2 (or higher) port, and some DV cameras have USB ports too, so can’t you just capture your video over a USB connection? Well, in most cases the USB port on the camera is only available to copy still photos or to use a low resolution web-cam mode, but not for the transferring of digital DV video data. There was a tiny number of old Sony cameras that were able to send DV video over USB, but these required the use of special software that comes supplied with the camera. Apart from that, nearly all DV cameras are only able to send DV video over Firewire.

Unfortunately the communication protocols of Firewire and USB are very different, so some conversion hardware is needed that allows the DV data sent via Firewire from the DV camera to be received by the computer’s USB-2 port – effectively acting as a Firewire-USB bridge.

There are several small Firewire-to-USB adaptor plugs available, but just by looking at the reviews you will see that none of them work successfully – at least for use with DV cameras. It requires more sophisticated hardware than a simple adaptor to transfer DV data reliably between Firewire and USB.

However ... Pinnacle used to produce a series of hardware video conversion boxes for Windows that were branded “MovieBox”. Like most modern-day video conversion boxes, the MovieBox is able to digitise a variety of input analog video formats (such as Composite Video and S-Video) – nothing unusual there. However, more importantly for us, it is apparently unique in also having a Firewire input socket, so you can connect a Firewire cable between the camera and the MovieBox. The MovieBox contains some clever electronics that is capable of acting as a bridge between the Firewire interface on the DV camera and the USB-2 interface on the computer. So the computer can communicate transparently with the camera, and capture DV data all via the computer’s USB-2 port without any conversion or encoding steps. This is ideal because the DV data that is captured into the video file on the computer’s hard drive is an identical copy of the DV data that is on the tape.

In 2005 Pinnacle was bought out by Avid but they continued with production, so you may see it referred to as Pinnacle MovieBox or Avid MovieBox. Then in 2012 Corel bought the domestic video product range from Avid which apparently included MovieBox, and unfortunately it looks like MovieBox has not been in production for many years – the DV format is getting fairly old now, so this had to happen eventually.

Currently, MovieBox does not seem to be available from any major suppliers, but you will probably find it on online auction sites for a while yet. If you have a large collection of tapes it might be worth looking at MovieBox before it becomes more difficult to find.

Several Pinnacle MovieBox models were available: the 510-USB and 710-USB, and the slightly older 500-USB and 700-USB models. They were usually sold as a package including Pinnacle’s video editing software, with names like “MovieBox HD”, “MovieBox Studio HD”, “MovieBox Ultimate”, “MovieBox 510-HD”, etc. The product packaging sometimes stated in small print which model of MovieBox was included – otherwise you could usually tell from their shape and color. Also the package usually contained two cables: a Firewire cable to connect the camera to the MovieBox, and a USB cable to connect the MovieBox to the computer. 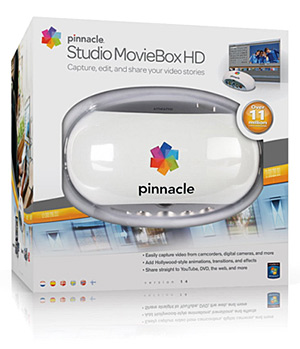 The 510-USB and 710-USB models have a similar oval shape, but are easy to tell apart as the 510 is white and 710 is black. They both have an identical set of input sockets along one side including composite video and S-Video, and more importantly for our purposes a Firewire input socket (usually marked “DV in” or just “DV”) that we will use to connect to our DV camera. On the other side, the 510-USB and 710-USB both have an output USB socket that we will connect to our computer. We have only tried using the 510-USB, but it’s reasonable to assume that the 710-USB will work too as they use the same Pinnacle drivers.

Incidentally, Pinnacle are currently advertising that “Studio Moviebox is now called Dazzle DVD Recorder HD and it is better than ever”. However, the Dazzle only has analog input ports so it only acts like an analog video converter box. The Dazzle does not have a Firewire port so it can not be used for capturing digital DV data from DV cameras. 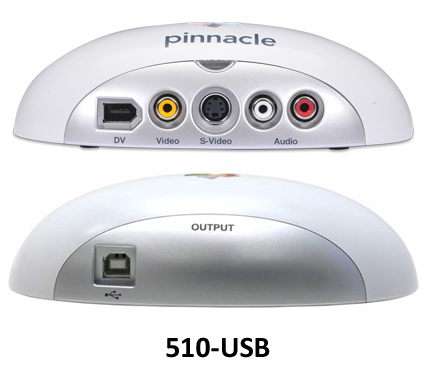 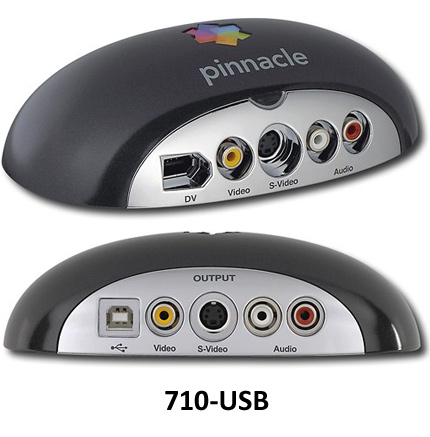 The older 500-USB and 700-USB models have distinctive shapes, and a similar set of analog and Firewire sockets. They might work for DV capture on Windows 11 and 10, but we can’t vouch for that. 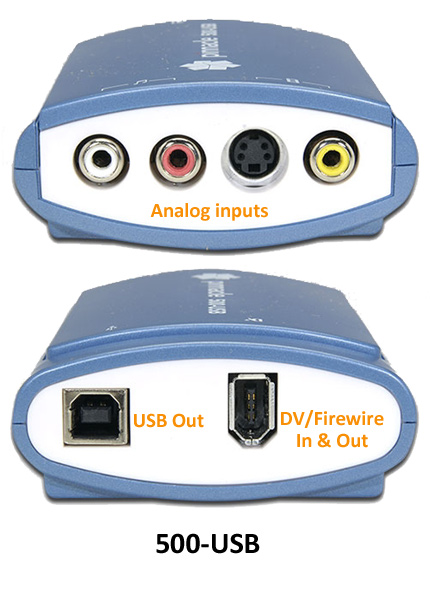 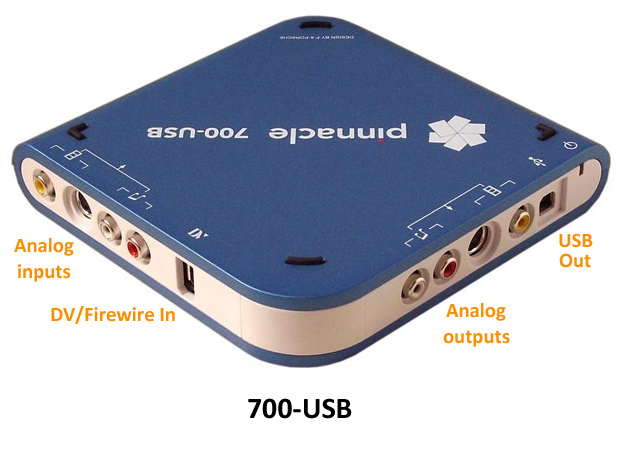 Incidentally, the main difference between the 7xx and 5xx series is that the 7xx series also has a set of analog output sockets – but we won’t be using those here.

The 510-USB and 710-USB were last in production when the most recent version of Windows was Windows 7, so the supplied device drivers were only supported up to Windows 7. Nevertheless the drivers do still appear to work on Windows 11 and 10.

As you will probably know, Windows 11 and 10 have much tighter restrictions against the installation of device drivers that are not digitally signed by the manufacturer. Although the installer .exe file for the device drivers is signed by Pinnacle, some of the actual driver files it installs are not. However, the drivers do seem to install OK on current versions of Windows 11 and 10, but bear in mind that if Microsoft further tightens its restrictions on drivers then it may be difficult to get them to work or install in the future – but this is just speculation of course.

The drivers are usually included in the “drivers” folder of the software CD that comes with the package, but you may prefer to opt for the most recent version of the drivers, which at the time of writing are still available from the driver download page on the Pinnacle support web site, which is probably the safest place to download them from.

Most people will be using a 64 bit edition of Windows these days, so just click any of the first few 64 bit links labelled version 14.0.0.166 (they are all the same) which will download the Pinnacle_Video_Driver_64bit.exe file. This is the installer file for the 64 bit version of the Pinnacle drivers. If you view its file properties you should see that the file version is 14.0.0.166 and the product version is 12.1.0.029, and that it is digitally signed by Pinnacle Systems Inc. If you are still using a 32 bit edition of Windows then you will have to download the 32 bit version instead Pinnacle_Video_Driver_32bit.exe. For extra security you may wish to virus scan the installer file before running it – uploading it to www.virustotal.com will run it through a large number of antivirus scanners.

Before installing, create a System Restore point, so that if anything goes wrong you can return your computer to its present state.

It will extract a .MSI file and then run it. At this point it will probably present you with a UAC (User Account Control) window that asks for your permission to make changes on your computer, and will tell you that the .msi file is not signed. Pinnacle really ought to have signed this file, but as it is extracted from the exe file which is signed then we can assume it is OK, so click Yes to proceed with the rest of the installation. 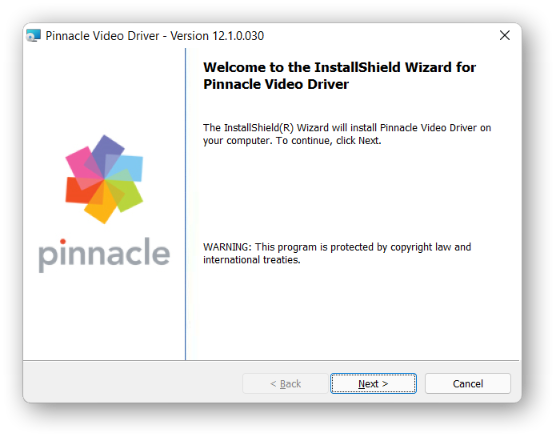 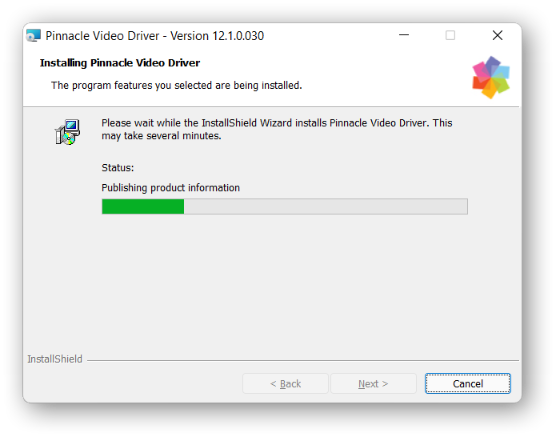 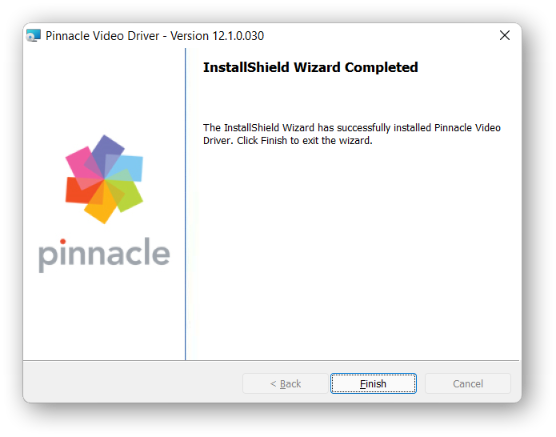 If you encounter any problems installing the drivers, it may be due to some of the driver files being unsigned. In this case, try temporarily disabling Windows’ driver signature enforcement check – you can find a step-by-step procedure for doing this in the “Further Tips” section below.

Assuming the installation has succeeded, using the supplied USB cable, plug the MovieBox into the USB-2 socket of your computer. In a few seconds a light on the MovieBox will illuminate.

Now launch the Device Manager by pressing the key combination Windows + R (hold down the Windows key while you press the R key); then in the Run window that appears type devmgmt.msc and click OK. Scroll the Device Manager window and expand the “Sound, video and game controllers” category. You should see an entry name similar to “Pinnacle 510-USB” depending on the MovieBox model you have. If it has a yellow exclamation mark against it, then the drivers are not working correctly – perhaps the installation had not worked correctly, so try restarting the computer and then double-click the installer file to attempt the installation again.

Now use the supplied Firewire cable to connect your DV camera to the MovieBox, and switch the camera to “Camera” mode.

You should now see in Device Manager a category called “Imaging devices”. Expand it and you should see an entry corresponding to your camera. This tells you that everything is working well! Note that the camera name entry will disappear whenever the camera is disconnected or powered off. 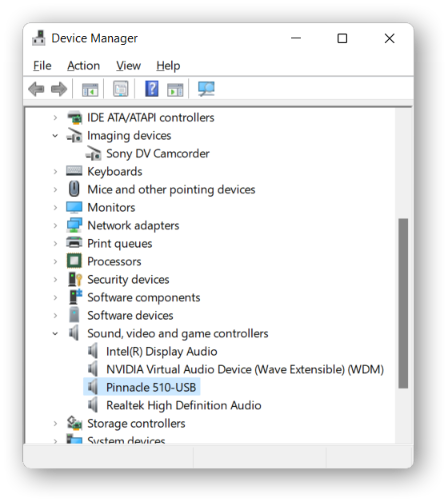 Now start up your video capture software. Some video editing software apps can capture from DV cameras, but many modern apps are dropping this capability because it is perceived to be old technology. If all else fails WinDV is a very simple app that provides basic DV capture capability.

You should now be able to capture DV video directly from your camera as if it had been connected directly to your computer by Firewire. If the app you are using has on-screen buttons to control the camera (like play, pause, fast-forward, etc), then you should find that these work OK too. This all works great in our own DVMP Pro software product.

If you have any problems installing the Pinnacle drivers, try temporarily disabling Windows’ driver signature enforcement. This will allow you to install unsigned drivers until the next computer restart.

Begin by holding down the Shift key while you click the Windows “Restart” button. 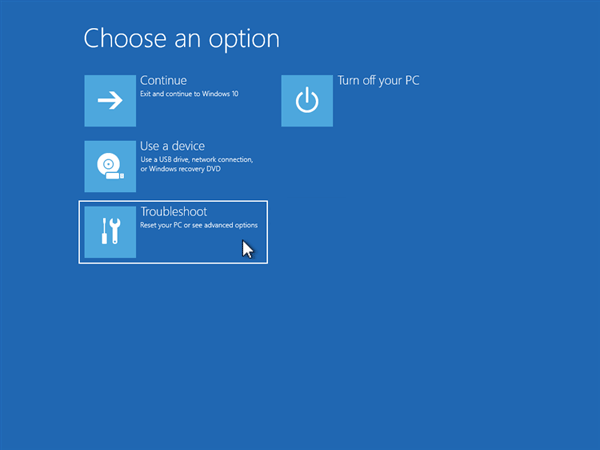 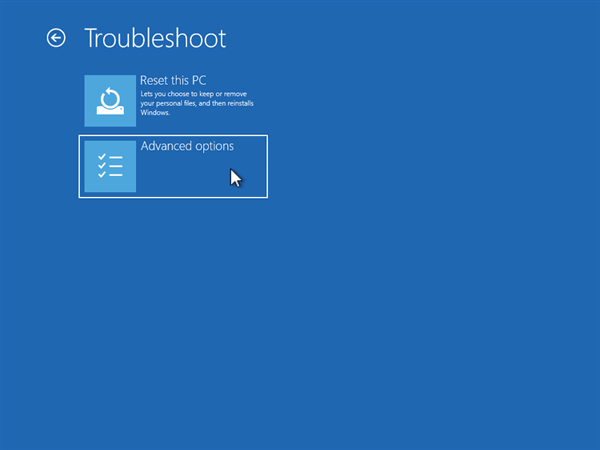 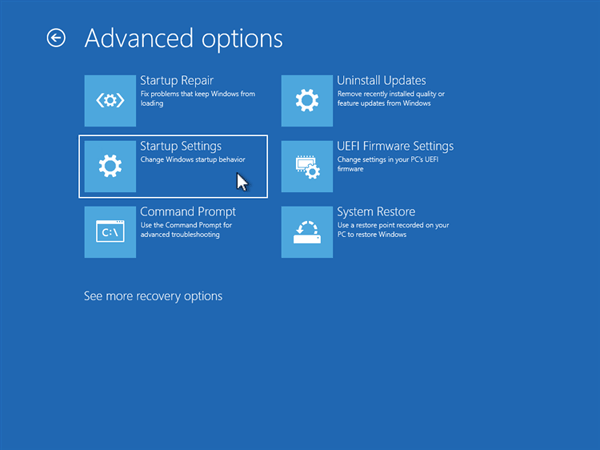 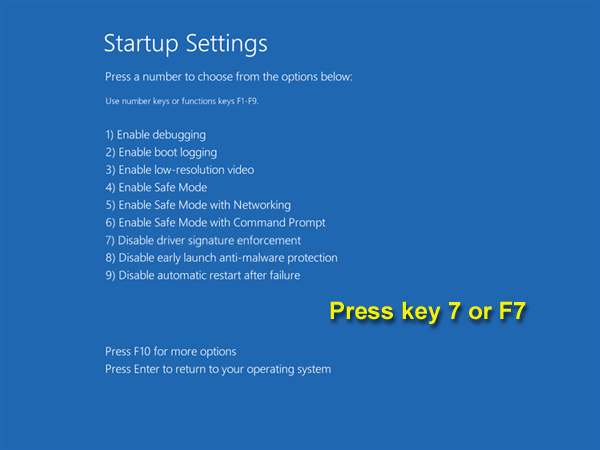 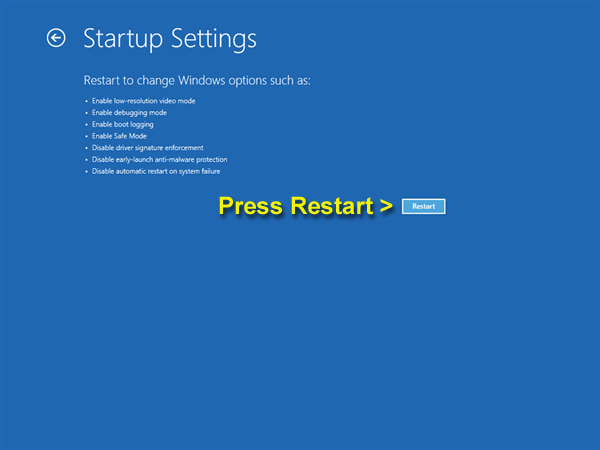